Attention:When Charging for Events...Tickets Will Cost More At The Door! To SAVE Register and Pay Online
Priority Members:To use your  Buddy Passes,you MUST register yourself and your Buddy online.

loading...
We're sorry, but all tickets sales have ended because the event is expired.
Meeting

The Making of a Great Deal VS. The Deal You Wish You Could Forgot

Whether you’re wholesaling or retailing or something in between every deal is about knowing the numbers. And one of the vitally important numbers to know before acquiring a property is the After-Repaired Value. Knowing this number before you acquire a property can be the difference between making a great deal versus making a deal you wish you could forget.

“After repair value” (ARV) is a real estate investor's equivalent to fair market value (FMV). It's no secret that the vast majority of discounted properties are abandoned junk properties, vacant properties or fixer uppers.

They are often in need of many repairs to be returned to their fullest profitable use. As a result, real estate wholesalers and investors must know the difference between the “as-is” value of a desired property, and the “after fix-up” value also known as the ARV.

However, if you’re a real estate wholesaler, ARV becomes less important than the As-is value

For a wholesaler the primarily concern is what price an investor or an end-user would be willing to pay them for the property “as-is”  without them lifting a finger.

But as an investor, the ARV determines your expected profit after estimating carrying and closing cost.

And even though, ARV, FMV, and As-Is Value are all only estimates, not “set in stone” and may not even seem “fair,” the numbers are critical to the success of any real estate deal, none the less.

So if you’re a property rehabber, or just want to understand the analysis your rehabber customers will need to make, Daniel Moore, creator of Propelio, the premier software tool for investors, will be here to explain the steps it takes to accurately and conservatively estimate ARV’s and show you some cool tools to make this process easier.

Here's Some of what you will learn: 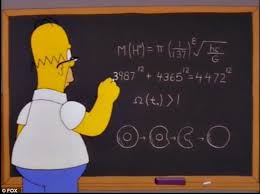